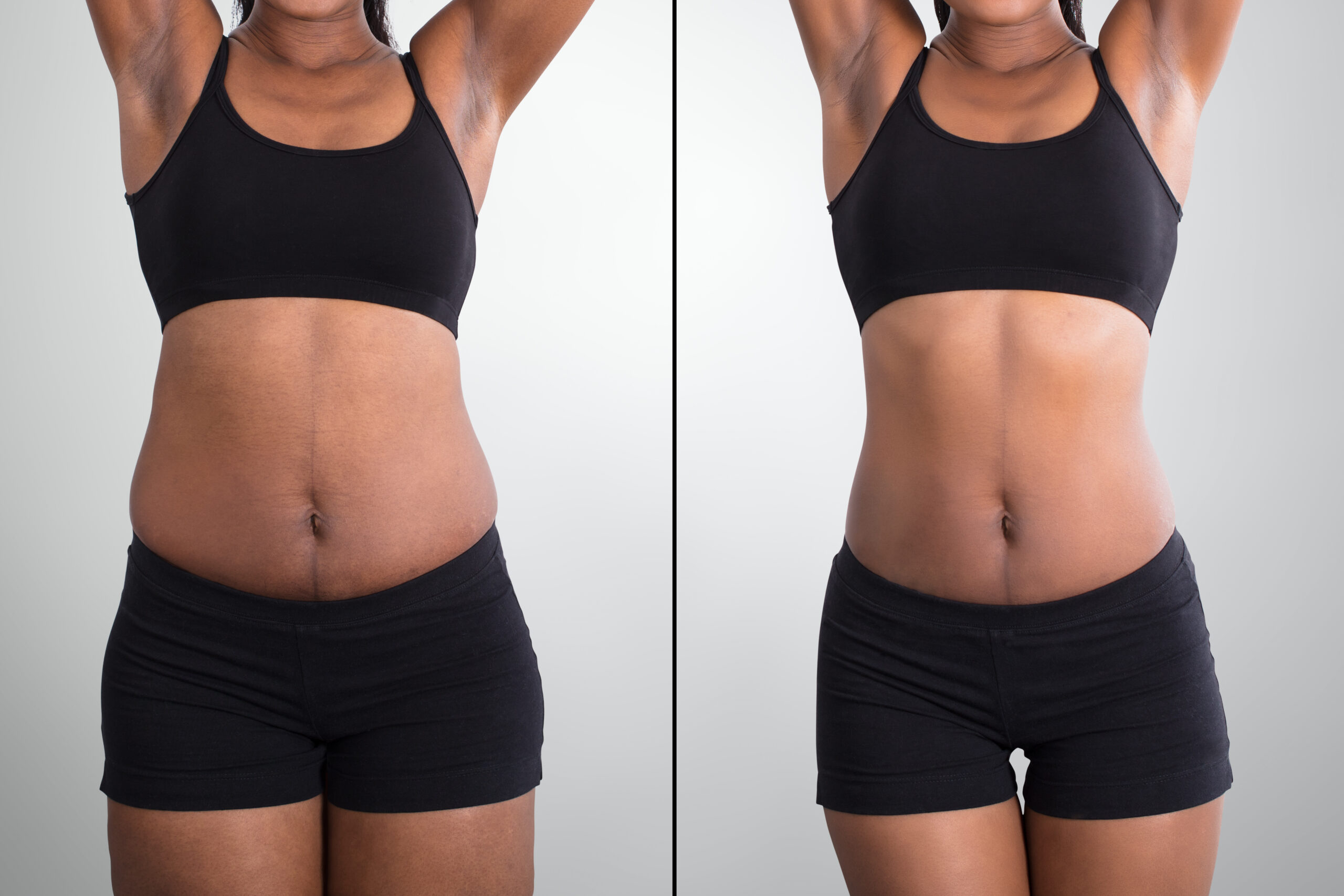 A lot of people who are scared of surgeries are always on the lookout for non surgical ways of reducing unwanted fat and tightening skin especially for people with localized fat that has been unresponsive to diet and exercise. Results of these non surgical methods of fat reduction vary depending on the amount of fat, type of machine/technique used, number of sessions done, etc.

*Some of the above listed non surgical liposuction methods can also be combined for superior results.

Another form of non surgical liposuction exists, Injection Lipolysis also known as Injectable Deoxycholic Acid, however, its use is limited to submental fullness (fat beneath the chin aka double chin). Here’s a before and after of double chin treatment at Skin101 Abuja.

A very rare but serious side effect of non surgical liposuction is paradoxical adipose hyperplasia. Instead of treated fat cells to die, shrink or melt away, they get bigger. While this isn’t dangerous, it’s a serious cosmetic concern and traditional liposuction would be necessary to treat this condition.

You should avoid Cryolipolysis aka Fat Freezing if you have any of these disorders – paroxysmal cold hemoglobulinuria, cryoglobulinemia and cold agglutinin disease. If you’re pregnant, breastfeeding or have:

The above list is similar for the other methods. It’s important to have an in-depth discussion with your provider before your procedure.